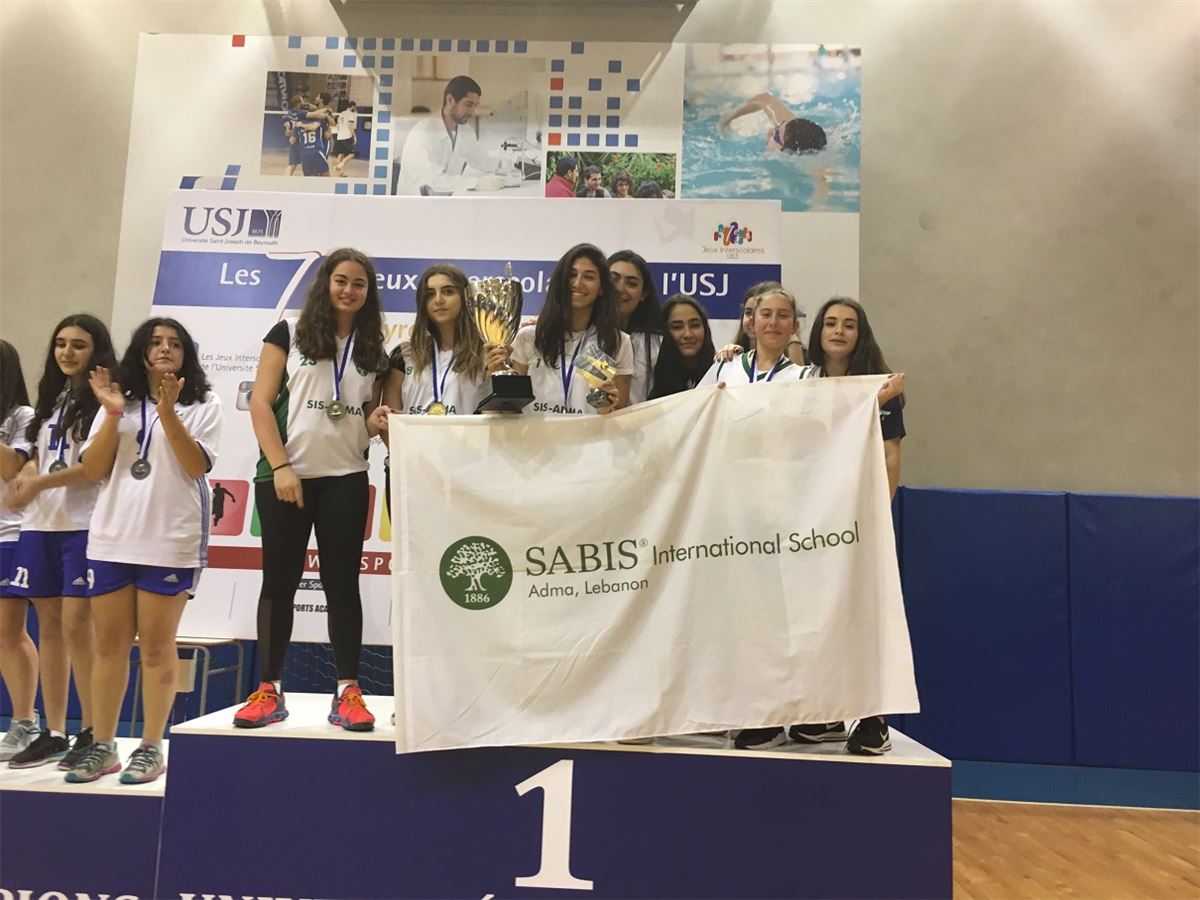 @SABIS®-Adma girls’ volleyball team got their revenge during the first round of the USJ tournament after losing the LAU finals against the St Famille Fanar. They were capable of winning the 2nd set and tying the game at 1-1 after being down 1-0, then both teams went all out during a competitive 3rd set , where @SABIS®-Adma Team was capable of seizing the win 19-17, and securing its place in the semi-final.

Our girls went on to win the finals vs Freres Maristes Jbeil in a clean 2-0, claiming by that the Championship of the USJ, whereas our Aya Maria Matar was voted the championship MVP.