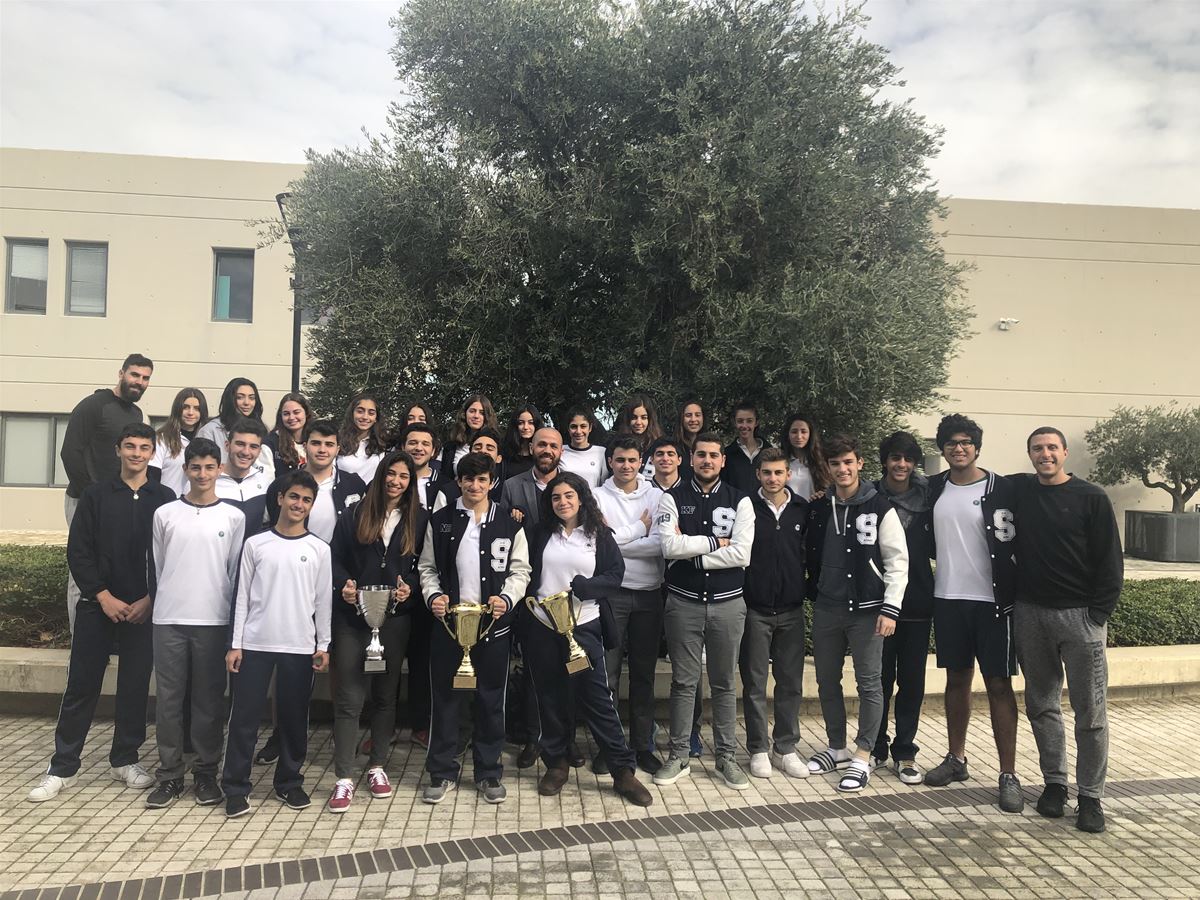 Both @SABIS®-Adma boys and girls mini soccer teams finished with a clean record all throughout the tournament. In the final, the girls had a tough matchup vs Balamand School yet they were capable of sealing the win 2-1 at the end of the game.

On the other hand, @SABIS®-Adma boys cruised their way in the final game winning 5-0 against Antonines Ghazir.

After finishing second last year, @SABIS®-Adma’ girls volleyball team came back strong to this year’s tournament, and dominated their games as well, winning every set and finishing the tournament with a clean record.

Furthermore, Tia Doumit Gr12 and Joceline Geara Gr7 were picked to represent @SABIS®-Adma in the girls’ basketball All Star game that was held in LAU Beirut.

The next day, our teams presented the trophies to @SABIS®-Adma’s Acting Director and Regional Academic Quality Controller Mr.Isssam Saifan and shared with him their amazing experience.